The South-East Marine Protection Forum met in Dunedin for two days on 31 July and 1 August to continue their site-specific deliberations.

Forum Chair, Maree Baker-Galloway says the Forum made good progress towards assessing and verifying all information available for each site that was consulted on.

“It’s important that the Forum has confidence that the information available to them on each site is accurate and can be relied upon before recommendations are made on which sites should be included in a network of marine protected areas.”

Maree Baker-Galloway says an almost full turn out of Forum members over the two days was quite an achievement given the transport challenges that winter has delivered to the region over the last month.

The Forum are scheduled to reconvene in late August to continue with deliberations.

The South-East Marine Protection Forum has released the 2803 submissions received through its consultation process in late 2016.

The Forum consulted on 20 proposed sites for possible inclusion in a network of marine protected areas from Timaru to Waipapa Point. The submissions received represent a wide range of stakeholders and demonstrate a high level of engagement and public interest.

Forum chair Maree Baker-Galloway says it is important that the views of those who took the time to provide feedback are available to all interested parties.

“We aim to be as transparent as possible. Now everyone who is invested in the outcome can see the wealth of information and opinions we are considering before making our final recommendations.”

The submissions and the summaries appear on the Forum website at https://south-eastmarine.org.nz/yoursay/summary-of-submissions/. Private and commercially sensitive information has been removed.

The Department of Conservation and the Ministry for Primary Industries have approved an extension for deliberations until the end of September. The deadline for a final recommendation report to Ministers is under review. The Forum is aiming to complete the report by the end of 2017.

The South-East Marine Protection Forum met in Dunedin for two days on 28 and 29 May in final preparation before beginning their site-specific deliberations.

Prior to this meeting, the Forum had been working on gathering together a number of resources to assist in its deliberations.  These resources include an independent Summary of Submissions, an independent Summary of Science Submissions, and Forum members’ own Stakeholder Summaries of Submissions. The compilation of all of these resources has been a mammoth effort given that the raw data being summarised has equalled more than 10,000 pages of submitters’ feedback.

The Forum chair, Maree Baker- Galloway says there’s a renewed vigour and sense of purpose around the table now that the site-specific deliberations are to begin.

“It has been a little frustrating not being able to get on with our deliberations, but I believe the wait has been worth it as we now have a wealth of information readily accessible to inform our decision making.”

The Forum, which has requested more time to deliver its Recommendation Report to Ministers, is still in dialogue with the supporting government agencies on what would be a mutually acceptable and realistic timeframe. A decision on the revised timeframe is expected in the near future.

The Forum are scheduled to reconvene in early June to continue with deliberations.

The chair of the South- East Marine Protection Forum, Maree Baker- Galloway says she wants all submitters to have confidence that their feedback has been considered and understood.

“We are going to take the time we need to be familiar with the wide range of feedback that we’ve received. The consultation was complex as we consulted on 20 site proposals. The majority of the 2800 submissions we received provided feedback on multiple site proposals, with many commenting on all twenty as well as providing feedback on what submitters think a network as a whole should look like.”

Submissions closed on December 20 last year and the Forum was to have delivered its final recommendations to government by the end of April.  However, in late March, the Forum recognised it required more time to digest public feedback before it could begin its deliberation process from a position that was well informed by the submissions.

The government agencies that support the Forum, the Department of Conservation and the Ministry for Primary Industries, are presently working with the Forum to identify a realistic timeframe for the Forum to review the submissions, deliberate and then deliver the final recommendation report.

Public submissions are intended to be published on the Forum website in the near future, once personal information is removed.

The South-East Marine Protection Forum/Roopu Manaaki ki te Toka has determined it needs more time for its deliberation process. The Forum have been working to a government deadline of 28 April 2017, for the delivery of its final recommendations for a network of marine protected areas on the south-east coast from Timaru to Waipapa Point in Southland. At a Forum meeting held over the last two days, members were unanimous in supporting a request to extend the delivery deadline for a period of up to four months.

Forum Chair Maree Baker-Galloway says the primary reason for requesting extra time has been the work load associated with the unexpected large volume of feedback, approximately 2800 submissions, that were received through the consultation process held in late 2016. She says, “The Forum wish to do justice to all the submitters who have taken the time to provide their feedback to us, and to do that we need more time to familiarise ourselves with all of the submissions. It’s fantastic that so many people have engaged with this process and every view presented deserves consideration.”

A summary of submissions which is being prepared by an independent analyst, is expected to be finalised within the next month. Once it has been officially tabled, it will be accessible to the public via the Forum’s website. A database of redacted submissions will also be publicly accessible in the near future. Information that submitters indicated they did not want to be made public will be withheld along with all individual submitter’s contact details.

The Forum expects to provide a formal request to Ministers before the end of April. 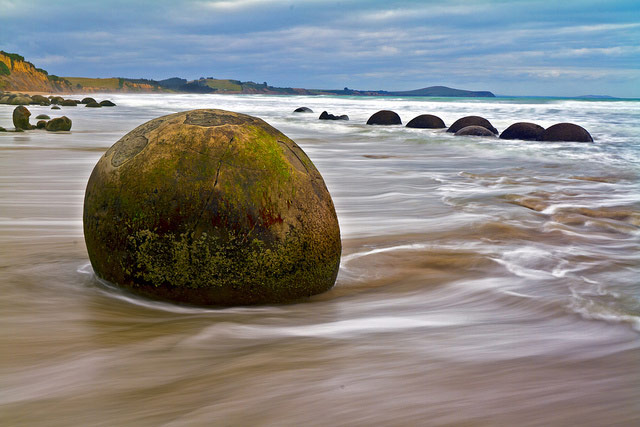